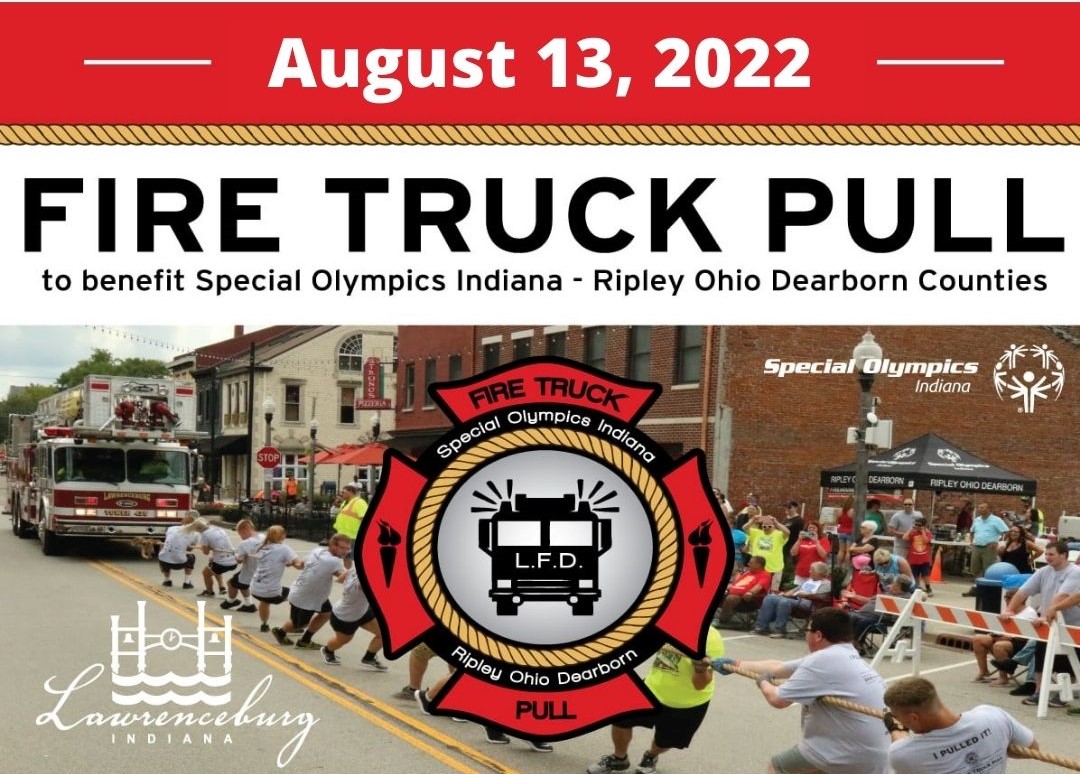 SPECIAL OLYMPICS FIRE TRUCK PULL SATURDAY AUGUST 13TH NEXT TO LAWRENCEBURG CIVIC PARK! GET READY FOLKS! WHOSE GOT THE MUSCLES?

Special Olympics Fire Truck Pull is presented by the City of Lawrenceburg in partnership with the Lawrenceburg Fire Department.

All proceeds from the event go to support Special Olympics Indiana—Ripley Ohio Dearborn Counties, allowing athletes with intellectual disabilities to train and compete on a local and state level in 20 Olympic-type sports.

Teams of 15 or less will compete for the bragging rights in the ultimate tug-of-war with a 74,000 pound fire truck. That’s right, the truck weighs 37 tons! But don’t worry, you’ve got this. Each team raises a minimum of $500 in pledges to see who can pull the fire truck 50 feet in the shortest amount of time. The team doing so will not only get bragging rights, but will also receive the Fastest Pull Challenge trophy. After the Fastest Pull Challenge teams will then compete in the Lowest Combined Weight Pull. Teams can raise money through hosting fundraisers, individual pledges, or sponsorships. All participants must sign a waiver of liability.